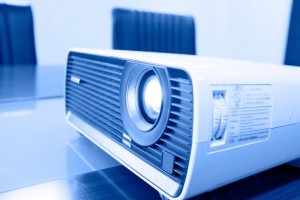 Persuading students of the usefulness of watching English-language movies at home isn’t hard, but there are many things you can do to bring films into the classroom as well.

Here are 5 great activities for using movies in the EFL class.

Choose a scene from a movie that you’d like to work on, preferably one with lots of movement and lots of dialogue. Divide the class into two groups, A and B. Send group A out while you show group B the scene with the volume muted. Then, bring group A back and send group B out. Play the scene again, but this time only let group A listen to the dialogue – don’t let them see the screen (if you have an IWB you can simply turn the screen off, if not just have the students face away). So you now have one group that have heard the scene and one that have seen it. Bring group B back, put students into A/B pairs and have them reconstruct as well as they can what they think was going on. Then show the full scene so they can see how close they were. END_OF_DOCUMENT_TOKEN_TO_BE_REPLACED