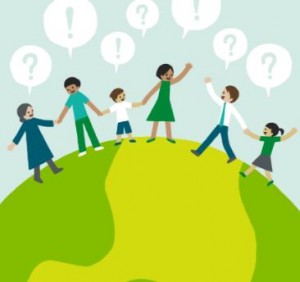 Last week I taught some classes with preschool aged children (aged 3-5) and, in honour of World Book Day and Sant Jordi, did some storytelling (as if you needed an excuse to tell stories to young learners!). As teachers we know that children who read for pleasure tend to do better in school than their less bookish peers, so trying to engender in our learners a love of reading by telling them stories from a young age can have far-reaching benefits.

However, even with very young learners, we’re only scratching the surface if the only thing we do with a story is, well, to tell it. Stories become really powerful, both as a motivational and as a learning tool if we can allow our pupils to become protagonists in these stories and this blog post will look at some ways to do that with classic stories. The ideas are relevant for pre-primary, but also primary too where we might expect more in the way of student production.

Neil Griffiths (a former headteacher turned author) came up with the idea of Story Sacks, which were bags containing a story and lots of homemade resources around  that story to supplement it. I gave my preschool sessions armed with some such resources. 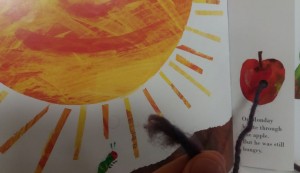 The Very Hungry Caterpillar is a firm favourite among parents and teachers alike and the beauty of this book is that it requires a prop to be told, namely a length of wool to pass through the different foods the caterpillar eats. For those who’ve not read the book, it’s about a hungry caterpillar who eats a lot, gets fat, goes to sleep and becomes a butterfly (I’m really not doing it justice!). In terms of vocabulary it’s a great story for types of food and days of the week and if we were getting really serious we might even point at the caterpillar’s transformation into a butterfly as CLIL content (though I’m not sure the diet is accurate!). 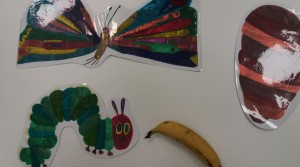 Once we’ve read the story, we can get our pupils to pass the wool through the different types of food, with us saying what the caterpillar wants to eat: that way we’re checking vocabulary. Afterwards, we can use bigger laminates and real food or props to tell the story. This is when we can get our pupils involved in the storytelling, first with support “The caterpillar was feeling very hungry so ate ……..” (pupil chooses what the caterpillar eats, eats it with the laminate and says what it is.), then eliciting more words from pupils “The caterpillar was feeling…..” (do hungry gesture to elicit pupil production). I have found five year-olds to be capable of telling a simplified version of such a story after lots of practice and support.

Where’s Spot? is a classic Pop-up book and involves Spot’s mother trying to track down her puppy as his dinner is ready. She looks in all manner of places and only succeeds in finding other animals until finally finding naughty Spot in a basket. It’s a great story for animals, prepositions (‘Is he in the wardrobe?’ ‘Is he under the bed?’) and colours.

Here is a good follow up activity for our pupils. We can distribute the animals among our pupils and read out where they are (‘Under the rug’ etc) with our pupils putting them on the worksheet in the right place: at lower primary, we might get our students to read out the commands for their peers. We can check their understanding of colours and animals too: “Stand up if you have the green crocodile.” 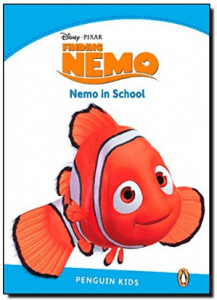 recede the story with some TPR for prepositions: either with the students themselves or, if we’re worried about safety (‘Stand on the desk’) with a classroom object (‘Put the pencil under the desk’).

Telling stories which include characters pupils are already familiar with is a great way to engage them and helps their comprehension. Finding Nemo is a story that most children know and this Penguin Kids reader focuses on Nemo’s first day at school (something children can relate to!). After telling the story we can assign

characters to pupils (using labels like the image on the right) and get them to act the story out: we already have a classroom for the story to take place in!

A primary classroom is often an explosion of colourful displays and resources, but we can of course tell a story with nothing more than our voice and our hands. Have a look at the video below about a fish and an octopus which I filmed in South Africa last summer. To see some other 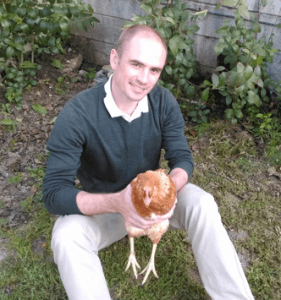 examples of storytelling with your hands have a look at Tamara Chubarovsky. These are in Spanish, but provide great inspiration nonetheless. Indeed, the chickens I have in my garden are called Pic and Puc, in honour of the story in the link !

Finally, moving from technology-less storytelling with your hands to interactive activities, feedback and voice recording, there are also some great apps available around readers: you can find some examples here.

What are your favourite stories to use in primary? How do you exploit them in class?

7 recommendations for teaching English to children

Practical ideas to get cooperative at primary