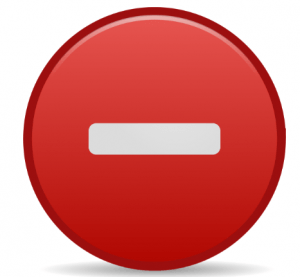 How many times have you told your students that the word “hotel” is stressed on the second syllable, not the first one? Or that there is no “to” after modals?

No matter how many times we correct our students, they will make the same mistakes over and over, or at least that’s how sometimes I’ve felt. Why is that happening? Let me address these two important questions about errors in second language acquisition.

We have already talked about common errors made by Spanish speakers here and here. Using Contrastive Analysis (comparing the learner’s mother tongue and the target language), we can easily make predictions about what errors the learners are likely to make, especially at the early stages of learning. But my point today here today is different. I would like to share five common grammar mistakes that my students keep on making in both oral and written language at different levels, and which I found distressing when I didn’t understand how points 1 or 2 above were affecting this. The errors below do not only involve L1 transfer but also overgeneralization or simplification of rules, ignorance of rules and false hypothesis, as found by main error analysts a few decades ago, such as Corder (1976) or Richards (1971).

Spanish students apply their L1 rules to their L2 (“para + infinitive”) to express purpose. Students have learned that “for” means “para” (forgetting that several words can have the same meaning) and ignored the rule in English for clauses of purpose: “to + bare infinitive”.

Adding to the list mentioned above, there are some other types of written error that have to do with the new ways we communicate today. There is a fine line between written and oral nowadays communication (we write as we speak  – just think of your last email). Therefore, capitalization, which to the learners’ eyes does not impede communication, is forgotten. The same thing happens with punctuation, such as commas, which L2 learners (and native speakers) tend to omit or overuse.

Again this could be a literal translation from the L1, especially at lower levels. However, I’ve seen an incorrect use of the definite article in advanced levels too. In the example stated above, the rule is simple: we don’t use “the” when talking about things in general. However, English is full of exceptions (something that our students love, don’t they?), so if we tell our students that in sentences such as “Where are you going? /  I am going to college”, you can’t use the article, the L2 learner will become frustrated, because the rule they learned says that we use “the” when talking about something specific (i.e., the university they are going to).

Students have learned to ask Wh- questions, always followed by an auxiliary or the verb “to be”. Students then tend to make analogies and apply the rules they’ve learned in the L2. But they are forgetting about another rule in English: Word order in affirmative sentences. Besides, ending a sentence with a verb “I don’t know where my brother is” might seem awkward to the Spanish learner.

First lessons on present simple and present continuous. We use the present simple to talk about habitual actions and the present continuous to talk about actions in progress or future plans. In Spanish, the simple present is also used to refer to the future (whether it’s a plan or a decision made at the moment of speaking), or promises.  However, at lower levels, the students are missing that information (we don’t teach them that future distinction – plans vs decisions / promises until pre-intermediate levels). What’s more, learning the usage of certain grammar points, such as verb tenses or modals, is more difficult than, say, learning conjugation, especially when the L1 and the L2 share the same tense but apply it in different contexts.

Whether you think you should correct your students more or less in your classes is not my point here. Following a communicative approach to teaching, we might just want our students to get the message across. Besides, over-correcting might make our students feel unmotivated. However, if our students are coming to class, they certainly expect us to correct their mistakes. Students might know that they can more or less get by if they suddenly found themselves on the streets of London, but, within a classroom context, they want to know what they are doing wrong (especially if their goal is to pass an official exam or get a job).

I truly believe we need to do correction activities so that those errors don’t fossilize but we shouldn’t get anxious. I’ve tried to show that many errors are systematic and can be predicted and analyzed. So there is a lot we, as teachers, can do to help our students to make progress.

What other errors do your students make in your classes?

How to use the GSE to enhance and improve English assessments