That technology’s impact on education, and ELT more specifically, can no longer be ignored is a sentiment being echoed elsewhere by technophobes and technophiles alike (as well as many of those in between). There was a time when it may have been easier to think that the inevitable tipping point into this new age of English Teaching everyone had been predicting for so long would never come, but, as Harmer said, employing a fairly well-known saying, “change comes slowly, and then all at once.” So, if this is to be taken as general truth, I’ll throw in another useful motto from my days in the Boy Scouts – “Be Prepared.”

It’s becoming clearer that satisfying the increasing desire for access to English in the world market will be facilitated by technology and that teachers who can operate within this changing system will need to rely on Blended Learning to help get the job done. But far from a move to de-skill educators or take them out of the equation, Blended Learning represents an opportunity for teachers to get up to speed on technology and the ways we work and communicate today while also finding the best way to put a real value on the human touch in this new landscape.

As someone approaching 50 I’d like nothing better in some ways than to go back to my old comfy classroom with a whiteboard and a cassette player. So I admit that it’s true that much of this may well be due to the fact that coming to terms with technological advances isn’t always easy after a certain age. But it’s equally true that the classroom of my memories just doesn’t exist anymore, and I’m not just talking about it in terms of what technology has replaced. Rather, it is how that technology has changed our expectations and ways of doing things which is so profound – our ways of learning and teaching.

The lines which were once so fixed between our work life, our personal life and our educational life have become increasingly blurred and we expect the flexibility to be able to move quickly from one to another as well as be in more than one of those places at a time. In his talk, Harmer pointed to an illustration from and older edition of his much respected and ubiquitous “The Practice of English Language Teaching” which showed various types of classroom layouts for different types of personal interaction. Are we prepared, he asked, to enter a classroom where students no longer attend in person but only virtually, or some attend in person while others appear as holograms or via video? Well, are we?

Questions like these feel less and less academic all the time. We need to open up a discussion about the new approaches we’re taking in class in response to a changing world and how effective they are on learning. Are we sharing best practices? Are we comparing notes about how we’re dealing with these changes? And are we celebrating our successes* together?

The late Neil Postman wrote extensively about the way technology weaves its way into our lives. Reading his work one is often left with a sense that many, if not most, of these changes are inevitable and at the expense of our humanity. But he also believed that if there was a cure for this, it was to be found in education, in making people aware of the history of technology and its effects on society so that we might “use technology rather than being used by it.” I’m glad to see that, at the very least, the discussion is underway.

*Join us now at Pearson by taking place in our Pearson ELT Teacher Award. 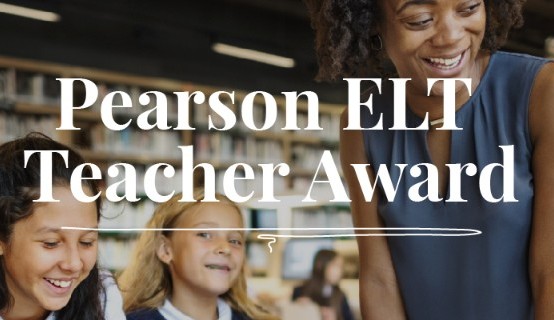