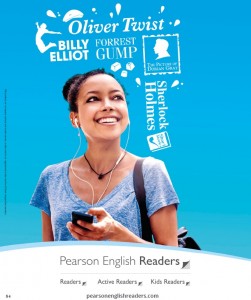 Whether you’ll be spending the summer at the beach or simply lazing around on the grass at home, why not take the time to practice your English and enjoy some great books in the language? We’ve put together a list of the top 20 books for learning English during the summertime, a mix of comedy and drama, horror and history, sci-fi and romance, plus a whole lot more. You’ll find something for young and old alike, and, with our graded and active readers, something to suit you perfectly, no matter what your level of English.

Top 20 books for learning English during the summertime

1.- The Beach (Alex Garland) – One night, while travelling in Thailand, Richard is given a map with directions to a mysterious beach, part of a beautiful lagoon hidden far off the beaten track. He sets off in search of this paradise, meeting other travellers along the way. Not long after finding the beach, however, the hard reality behind the idyll soon becomes apparent. Find out what happens with our graded reader.

2.- Pride and Prejudice (Jane Austen) – Mrs Bennet has one aim in life: to find good husbands for her five daughters. When rich, handsome Mr Bingley and his eligible friend Mr Darcy come to town, the Bennets could not be more excited. But witty, strong-willed Elizabeth Bennet, the second eldest daughter, takes a dislike to the snobbish, aloof Mr Darcy, and a comic masterpiece ensues.

3.- Alice in Wonderland (Lewis Carroll) – The Mad Hatter, the grinning Cheshire Cat, the King and Queen of Hearts and a pipe-smoking caterpillar are just some of the fantastic characters that Alice encounters when she falls down the rabbit hole into the trippy, nonsensical Wonderland. Here you can find our graded reader.

4.- A Midsummer Night’s Dream (William Shakespeare) – This evergreen tale of midsummer madness and magic sees four young lovers, a comical band of terrible actors and a famous donkey running riot in the topsy-turvy world of an enchanted forest outside Athens, all manipulated by fairies and strange potions. Tackle the Bard’s well-loved comedy with our graded reader here.

5.- The Great Gatsby ( Scott Fitzgerald) – It’s the Roaring Twenties, and New York’s wealthy and beautiful flock to party at the Long Island mansion of the fabulously rich but mysterious Jay Gatsby, the man who seems to have everything but in fact wants only one thing: to find Daisy again, the woman he has loved and pined after for five long years. 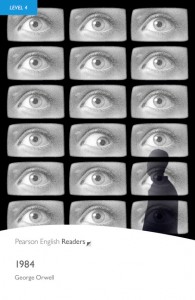 6.- 1984 (George Orwell) – Winston Smith, the hero of this 20th century classic, lives in a dystopian society where everything is watched and controlled by the ever-present eye of Big Brother. Language is controlled, thought-crime is punished and torture is routine in Room 101 of the Ministry of Love. Is love even possible in such a world? Winston eventually finds out.

7.- To Kill a Mockingbird (Harper Lee) – Life in a sleepy Alabama town is largely carefree for six-year-old Scout Finch until her father, Atticus Finch, a local lawyer, is called on to defend a young black man falsely accused of raping a white woman. Very soon the town’s prejudice and bigotry makes itself known, and Scout learns that the world is not as charmed or as charming as it seems.

8.- Captain Corelli’s Mandolin (Louis de Bernières) – It’s 1941 and the conquering Italian army, led by mandolin-playing Captain Corelli, have just arrived on the Greek island of Cephallonia. Corelli falls in love there with the beautiful Pelagia, but there are rivals for her affection in this sweeping tale of love, loyalty, friendship, betrayal and war.

9.- The Catcher in the Rye (J. D. Salinger) – Rebellious teenage narrator, Holden Caulfied, gets kicked out of high school, heads to New York and spends three days wandering moodily around the city, dancing with older women, meeting up with his ex-girlfriend and talking and thinking a lot about sex, all the while trying to come to terms with his past and desperate not to become a “phony” like the adults he sees around him. 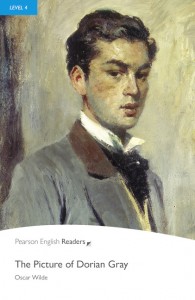 10.- The Picture of Dorian Gray (Oscar Wilde) – When Basil Hallward paints a portrait of the handsome young Dorian Gray, Dorian is so taken with his own beauty that he makes a wish to stay young and beautiful forever while the painting grows old instead. The wish comes true, but not without some terrible consequences for Dorian and those who love him.

11.- A Room of One’s Own (Virginia Woolf) – In this blazing essay, the author of To The Lighthouse and Mrs Dalloway makes a powerful case for women’s financial, intellectual and creative independence, reflecting on the fate of Shakespeare’s imaginary sister in rich, beautiful prose.

12.- Logan’s Run (William Nolan and George Clayton Johnson) – Logan lives in a future society where resources are maintained by ensuring no one lives longer than the age of 21. Logan is a Sandman, responsible for policing the law and catching anyone who tries to ‘run’ and escape their early death. But what happens when he decides to run himself? Find out with our Pearson Active Reader.

13.- Wuthering Heights (Emily Bronte) – Set on the bleak, windy moorlands of Yorkshire, this dark novel tells the story of Catherine Earnshaw and Heathcliff, who fall passionately in love, and the revenge that Heathcliff wreaks when Catherine abandons him for someone else. 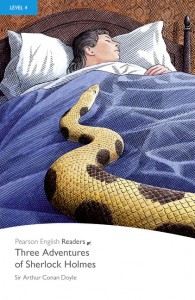 14.- The Adventures of Sherlock Holmes (Sir Arthur Conan Doyle) – Time and again the great fictional detective, with his famous powers of observation and formidable logical reasoning, cracks crimes and solves mysteries in Victorian London, to the enduring admiration of his friend and companion Dr Watson. Three of his most famous cases can be enjoyed in graded English here.

15.- The Big Sleep (Raymond Chandler) – The LA underworld is a seedy place and Philip Marlow is the no-nonsense private investigator called in to handle what at first looks like a straightforward blackmail case. But as you’ll find out in our Active Reader, Marlow soon works out there’s more to the case than meets the eye.

16). The God of Small Things (Arundhati Roy) – Everything changes in a day for young twins Rahel and Estha when their English cousin Sophie Mol comes to stay with them and their family in a small town in India. Tragedy unfolds and the twins soon learn what happens when the ‘love laws’ are broken, the laws that “lay down who should be loved. And how. And how much.”

17.- Great Expectations (Charles Dickens) – Pip, the hero of this, one of Dicken’s most popular novels, is a poor orphan whose life is transformed completely and forever by two encounters, one with an escaped convict, Abel Magwitch, and the other with the eccentric spinster, Miss Haversham, along with her beautiful adopted daughter, Stella.

18.- Frankenstein (Mary Shelley) – When young Swiss scientist, Victor Frankenstein, succeeds in bringing to life a creature fashioned out of old body parts, little does he know how monstrous the creature will turn out to be, or how lonely and in need of love. 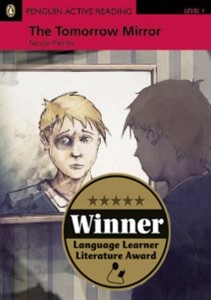 19.- The Tomorrow Mirror (Nicola Prentis) – Everything is normal for schoolboy Jason until, looking in the mirror one day, he is surprised to see a bruise under his eye. He has no idea how it got there, nor does it hurt, and stranger still, none of his school friends can see it at all. But when a ball hits him in the eye later on, it suddenly becomes visible to them, and starts to hurt him as well. Find out what’s going on with our Active Reader.

20.- I, Claudius (Robert Graves) – Ancient Rome is brought to vibrant life in this historical novel, which tells the story of murder and intrigue in the Imperial household from the point of view of lame, stuttering, quietly intelligent Claudius, who is destined one day to take power.

You’ll find many more great books to learn English with here and here. Enjoy the reading, and enjoy the summer!