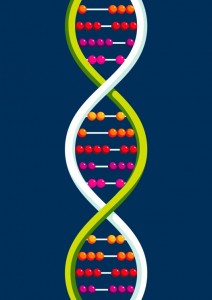 When you’re writing in English, especially when you’re writing for exams, it’s not enough to choose the correct words and put them in the right order. You also have to link sentences together to show how your ideas are organised and to guide the reader through your text. For this, you need a good command of connectors, or linkers, those little words and phrases like but, however, in spite of, because of and in order to. In this article we look at using connectors in English to improve your writing skills.

The most common connectors, and the ones used most frequently in speech, are and, but, or, because, so and then, and with them you can express most ideas quite well. However, in order to demonstrate a more sophisticated knowledge of the language and to express more nuanced ideas, especially in formal writing, there are many other connectors that you need in your repertoire. Let’s have a look at some of them.

***Connectors that add information or strengthen an assertion***

in addition to: In addition to numerous seminars and workshops, conference participants will also be able to attend the screenings of several documentaries.

moreover: The new software is cheap and easy to use; moreover, it’s compatible with most operating systems.

furthermore: Candidates caught cheating will be asked to leave the exam hall immediately. Furthermore, they will be banned from taking the exam in the future.

***Connectors that weaken an assertion**

mind you (informal): John’s one of the friendliest people I know. Mind you, he can be a bit shy when you first meet him.

having said that: The city centre is generally very safe for tourists. Having said that, visitors should keep an eye on their belongings while travelling on public transport.

***Connectors that show a contrast between ideas***

however: Mike didn’t think he had studied enough to pass the exam. In the end, however, he passed it with flying colours.

although: Simon has a credit card, although he very rarely uses it.

even though: Even though you’ve studied this grammar before, it’s still a good idea to review it from time to time.

nevertheless/nonetheless: A lot of improvements have been made to internet security over recent years. Nevertheless, stories of hacked accounts and stolen identities are still worryingly common.

even so: Jack was concerned he might not be fit enough to climb the mountain. Even so, he went ahead and climbed it anyway.

despite: Despite being turned down at first by dozens of publishers, J. K. Rowling finally went on to become one of the most successful writers of our era.

in spite of: The match went ahead in spite of the rain.

whereas: It used to be expensive to travel by plane between different European cities, whereas these days it is often much cheaper than taking the train.

***Connectors that show the cause of something***

because of: Joe was finally expelled from school because of his ongoing bad behaviour.

owing to: Owing to low ticket sales, several shows have been cancelled.

due to: The school has reported improved student engagement due to the increased use of interactive technology in the classroom.

***Connectors that show the result of something***

consequently: The cost of living has risen tremendously in recent years. Consequently, more families than ever are struggling to survive.

therefore: Student numbers have been steadily increasing over the last few years. Therefore, the college has decided to move to larger premises.

as a result: The company was making considerable losses. As a result, nearly a third of staff had to be made redundant.

***Connectors that show the reason for something***

in order to: The police have installed security cameras in the town centre in order to help reduce crime.

so that: I started using the cloud so that I could access my files from anywhere.

so as to: The government is relaxing visa regulations so as to make it easier for overseas students to study here. 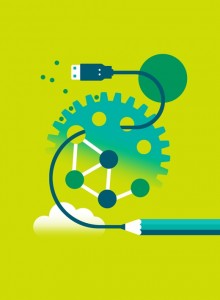 In this post, we’ve looked at a range of examples so as to familiarise you with the different connectors you can use in English to link your ideas together. Nevertheless, you still need to practice them in order to use them well. We recommend, therefore, that you make a conscious effort to include a selection of them the next time you’re writing something, especially when you’re doing exam practice, even though it might be difficult at first. Hopefully, as a result, your written English will become much better organised. Happy connecting!