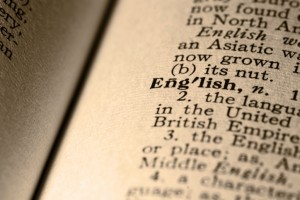 One of the most enjoyable aspects of learning a language is getting to know its idioms and expressions. Indeed, it’s an area of language where the culture of the speakers can really make itself known. With English spoken in so many places around the world, it’s no surprise that the language has a wealth of entertaining sayings and slang, some funny, some rude, some clever and some bizarre. We’ve picked out 21 unusual English expressions from around the world to give you just a taste of this variety.

21 unusual English expressions from around the world

An omnishambles (something that has been managed or has turned out badly in every possible way) UK. First they mixed our rooms up, then the toilet flooded, and when we finally got to the beach it started raining. The entire holiday was an omnishambles!

A Bronx cheer (a loud sound, like blowing a raspberry, that expresses derision or contempt). NEW YORK. The crowd let out an enormous Bronx cheer when the quarterback fumbled the ball a second time.

Do the needful (do whatever you need to do to make it happen). INDIA. This plaintive little expression might come in handy if you ever need to deal with bureaucracy in India, where it’s often used in formal emails.

Donkeys’ years (a very long time). LONDON I haven’t seen Jeff in donkeys’ years. Although widely understood around the world, this expression really has nothing to do with the lifespan of donkeys at all. It’s actually an example of Cockney rhyming slang – donkey’s ears for years – that has been misinterpreted.

Pack a sad (throw a tantrum). NEW ZEALAND. Don’t tease him like that or he’ll pack a sad. You know what he’s like.

Go for/out for a rip (go out for a drive somewhere and have a great time, usually with beer involved) CANADA. A: Hey buddy, wanna go for a rip? Just got the keys to my new truck. B: Hell, yeah!

Out of whack (misaligned, wonky, broken, askew). US. Looks like you put those shelves up in a hurry! They’re a bit of whack. In the UK, skew-whiff has a similar meaning.

Lekker (cool, tasty, sexually attractive). SOUTH AFRICA. This word comes from Dutch via Afrikaans. A: Did you see that guy at the bar? B: I know, man – so lekker!

Get off the grass (an expression of surprise or disbelief). NEW ZEALAND. A: Guess what! Jill and I are getting married. B: Get off the grass! I bet she thought you’d never ask her!

What’s occurrin’? (How are you?) WALES. This is a typical way to greet someone in the country, a little like What’s up?

3 thoughts on “21 unusual English expressions from around the world”