When you learn a foreign language, there are always certain sounds that are a challenge to get right and certain words that you must struggle to get your tongue around. With English, the erratic spelling system means that even if you have no trouble with the sounds themselves, you may often mispronounce words anyway.

To help you out with some of the trickier and more readily-confused ones, here are 10 English words that are difficult to pronounce for learners and some tips for getting them right.

10 English words that are difficult to pronounce for learners

(1) Vegetable /ˈvɛdʒ tə bəl/ and comfortable /ˈkʌmf tə bəl/. Neither of these words has anything do with tables. They each have three syllables, not four, and the second and the third are the same for both.

(2) Squirrel /ˈskwɪrəl/. These little bushy-tailed creatures may be cute to look at it, but their name can be a challenge, what with its combination of consonant cluster at the beginning and /l/ and /r/ just a schwa apart. Try breaking it down into two syllables and practising them separately before confronting the entire word.

(3) Says /sɛz/. This common little word shouldn’t be hard to say correctly, but it’s surprising how many people don’t realise that say is one of only two English verbs that alter their pronunciation in in the 3rd person singular. The other one, of course, is do – does.

(4) Leicester /ˈlɛstər/. It’s both the name of a city and the name of a famous square in London, but Londoners won’t be able to direct you there if you mispronounce it, as many tourists do, as ‘Lai-ses-ter’. Other tricky British place names that visitors often mangle are Greenwich /ˈgrɛnɪdʒ/ and Edinburgh /ˈɛdɪnbrə/. And don’t forget that the ‘shire’ in county names such as Worcestershire, Berkshire and Yorkshire should be pronounced /ʃə/ or  /ʃɪə/ – either way it doesn’t rhyme with ‘dryer’!

(5) Rural /ˈrʊər(ə)l/. For many non-native speakers, the /l/ and /r/ sounds can be hard to get right, and never more so than when they come together, as they do here or in squirrel To practise, find a quiet corner somewhere and try rapidly repeating the following tongue twister: red lorry yellow lorry red lorry yellow lorry. When you’ve managed not to make a meal of that mouthful, ratchet up the challenge with this one: Rory roams a really rural road. 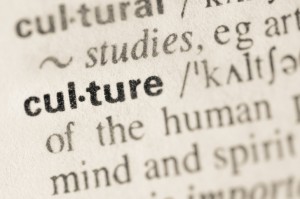 (6) Culture /ˈkʌltʃə/. Many non-native speakers, especially speakers of the Romance languages, mispronounce the ‘-ture’ ending of many words that come from Latin or French. English has been mean to this once lofty ending and reduced it to a mere /tʃə/. Other words of its ilk include literature, culture, feature, nature, mixture, creature and so on. Here are some ch-ch-ch-challenging tongue twisters to help you get it right:

(7) Law /lɔː/. You don’t want to get into trouble with this one, though many people seem to. It simply rhymes with or. Other words that share the same spelling and the same vowel sound are saw, raw, paw, straw, claw, jaw and awe (which is the root of both awesome and awful). You can now impress your friends with the following story: a terrible tiger clawed my jaw raw with its awesome paw.

(8) Fortunate /ˈfɔːtʃənət/ and unfortunate /ʌnˈfɔːtʃənət/. It’s that pesky /tʃə/ sound again which seems to throw people, unfor-che-nately. For-che-nately, if you practised all the tongue twisters in (6) you should by now be okay.

(9) Recipe /ˈrɛsɪpi/ and receipt /rɪˈsiːt/. Be careful with these two. The first is a set of instructions for cooking a particular dish, the second is the little ticket you get when you pay for something in a shop, but their similarity in spelling can lead to confusion with their pronunciation. Just remember that if you buy a /ˈrɛsɪpi/ book and then lose the /rɪˈsiːt/, you can’t take it back to the shop where you bought it.

(10) Finally, after all this pronunciation practice, it’s time to tackle those tricky consonant clusters that we first saw above with squirrel.

English can have sequences of three or four consonants together, but not without some rules. At the beginning of words, for example, the maximum is three and only the following three-sound sequences occur: /skw/, /skr/, /skl/, /spr/, /str/, /spl/ (even though other combinations are possible to pronounce, such as /sfl/ or /spw/, the language doesn’t use them). Examples are: squirt, squelch, scream, scrum, sclerosis, spring, sprog, string, strap, splash and splodge.

Putting all this together, here are two final tongue twisters to help you practice these tricky sibilant series of sounds:

Don’t forget that a great way to check the pronunciation of words you are unsure about is to consult a good learner’s dictionary that uses the phonemic script – and then try them out in conversation!

– Using connectors in English to improve your writing skills

2 thoughts on “10 English words that are difficult to pronounce”