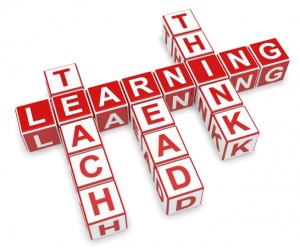 Word games are an engaging way not only to practice vocabulary and spelling in class but also to hone important language skills such as defining and describing. They’re fun, too, make ideal warmers and fillers, and generally don’t require much preparation – especially if you get the students involved in setting them up. Plus, many work well as competitions and can easily be adapted to suit different ages and levels. Here are 6 easy word games for the English language classroom. Why not give them a try?

If you want to challenge your advanced learners, get them into teams to play this competitive word game based on a popular old-time British quiz show. Give each team a set of dictionaries and a list of words, making sure to choose vocabulary that is useful but unlikely to be familiar. Teams look up the definitions of the words on their list and then – this is where the game gets tricky – invent two alternative but plausible definitions for each one. The contest involves the teams taking turns to read out their words along with the three definitions and asking their opponents which definition is correct. Award points not only for correct answers but also for the most inventive alternative definitions. Here’s an example:

Not your traditional hangman!

Everyone knows how to play Hangman, and it works well with younger learners not only to practice spelling but also to practice the names of the letters, but why not replace the traditional gallows and prisoner set-up with something more unusual? The burning fuse on a bomb that ends the game in an explosion or a swimmer and a Jaws-like approaching shark-fin are guaranteed to amuse the students (see image). You might even let them come up with their own version.

This is an excellent way for students to learn the all-important language skill of describing or defining something for which they lack the particular item of vocabulary. Create a crossword (there are plenty of crossword-creator sites online) and give one half of the answers to student A and the other to student B (you can prefill in the answers on the separate handouts). Rather than provide clues, the pairs of students have to work together – without showing their half of the crossword to their partner – to complete the puzzle by giving definitions of the words their partner is missing.

Here’s another game that works well with young learners and requires no preparation. Board a simple word such as ‘shoe’ and give teams of students a couple of minutes to come up with as many new words as they can from that word by changing one letter at a time. Step – stop – shop – shoe – show – chow – chop – chip etc. It’s not easy, but you can vary the rules by allowing the addition or subtraction of a letter instead of a replacement. The team with the most words wins.

Here’s a well-known word game that can even be challenging for native speakers. In teams, players attempt to get a teammate to guess a particular word on a card by giving clues or definitions. The challenge is that they are forbidden from using the most obvious clues, which are laid out in a list on the card. They might have to define ‘exam’, for example, but without using the words ‘test’, ‘study’, ‘pass’, ‘fail’ or ‘grade’. It’s an excellent way to hone those skills of definition, as well as a sure-fire means of raising the volume in class. If you have teams prepare the cards for their opponents, you could even join in yourself.