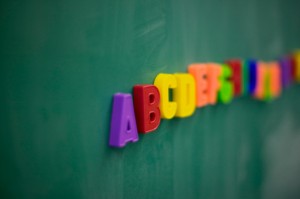 Why does cough rhyme with toff but plough rhyme with now? Why does debt have a silent b? If ewe can be you, how comes eye can be I? Who on earth put the k into knight? Why is read read as red when it’s said in the past, but reads like its reed in the present? Indeed, why is English spelling so weird? In today’s post we look at the history of English spelling to find out some of the reasons that underlie its many orthographic idiosyncrasies.

Why is English spelling so weird?

Too few letters for too many sounds

Modern English has a phoneme inventory of 44 sounds (with some variation according to dialect) but only 26 letters with which to write them. Since its very earliest days, this mismatch has been a key obstacle to spelling the language in a regular manner. The monks who were among the first to write down Old English tried to solve the problem by adding new letters to represent sounds absent in Latin, such as a ligature of a and e, namely æ (ash), and several runic characters – þ (thorn), ð (eth), and ȝ (yogh). Æ can still occasionally be found (for example, in the official name of the Encyclopædia Britannica), but the runic symbols were eventually replaced by digraphs – combinations of two letters to represent one sound – th for þ and ð and gh for ȝ. Diacritics – those little marks above and beneath letters that you find in so many other languages (á, è, ü, ç, ñ and so on) – being absent in Latin, were never used by the early writers of English and so never really became a part of the orthography, except to write certain foreign loanwords.

From Norman France to medieval London

For many centuries, like most languages both then and now, English had no standardised spelling at all. The vast majority of people could neither read nor write, and those that could spelled words in different ways, according both to the dialect they spoke and to their own personal preferences. Then came the Normal Conquest of 1066, after which French became the dominant language of the court and of law, transforming the vocabulary of English. Thousands of French words, and Latin words via French, filtered into the language, and the scribes who wrote official documents introduced those words with their French spellings. In this way, for example, c took on the pronunciation of /s/ in words like city and face. The process even introduced an entirely new sound to the language – the /ʒ/ sound in words such as measure, leisure and pleasure, which had not existed in Old English.

Later, the relocation of the court to London and the rise of the relatively nearby towns of Oxford and Cambridge as centres of learning, plus the ready movement of scholars and clergymen between the three, set the stage for the gradual development of the London dialect as the one on which standard spelling would come to be based. Nevertheless, it was not until the arrival of the printing press in the late 1400s, and the subsequent growth of the printing industry, that the need for standardised spelling really became apparent.

For learners of English, its spelling system can no doubt seem maddeningly erratic. However, if you were to travel back in time to around the 1500s, you’d soon stop asking, “Why is English spelling so weird?” because in those days it really wasn’t; indeed, it fairly closely matched the pronunciation of the time (at least in and around London). The problem for us today is that just after the printing industry began to standardise the spelling, the pronunciation of the language underwent a great change known as the Great Vowel Shift.

During the Great Vowel Shift (GVS) all the long vowels in the language changed their pronunciation, often to diphthongs. Thus, /i:/ became /ai/, /a:/ became /au/, /e:/ became /i:/ and so on. Words like time, bite, sight, mate, meet, meat, boat and about all represent pre-GVS pronunciations. Incidentally, there are modern vowel shifts currently underway, one in the northwest of the USA known as the Northern Cities Vowel Shift and one known as the New Zealand Vowel Shift.

At the same time, many of the remaining inflectional endings were disappearing (like Latin and German, English had once been heavily inflected). These had mainly been unstressed /ə/ sounds represented by e at the end of the word. In many cases the e was kept to indicate where the long vowels had previously been. Finally, the language was losing other sounds altogether, leaving us with silent k’s in knee, knight, knuckle, knot and so on, and silent gh’s in neighbour, although, bough, night and thought.

With the spelling by now more or less standardised, it took two great publications to really cement the orthography which is still largely with us today, the King James Bible, which was hugely influential on the language, and Samuel Johnson’s remarkable Dictionary of the English Language. Noah Webster later regularised some aspects of the system for his American Dictionary of the English Language, but apart from minor differences, US and UK spellings are largely the same. 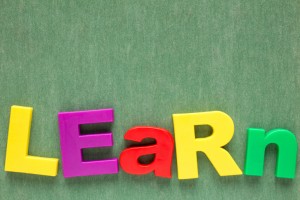 Irregular as it may be, the fact that English spelling is no longer a very good guide to the pronunciation does at least mean that no matter how different – and even unintelligible – two dialects might be (say, Texan and Glaswegian, or Cockney and Cape Town), standard written English remains common to all. Nevertheless, there have been frequent calls for an overhaul of the system. George Bernard Shaw, author of Pygmalion, on which the musical My Fair Lady is based, was one such advocate. He is often (mistakenly) credited with coming up with the spelling ghoti for fish as an example of the system’s craziness. He even left funds in his will for the development and promotion of the Shavian Alphabet. Perhaps predictably, it never took off.

Finally, if you feel like challenging yourself, have a go at reading aloud this poem: Hints on Pronunciation for Foreigners. Don’t worry if you stumble – even native speakers end up tongue-tied!

1 thought on “Why is English spelling so weird?”