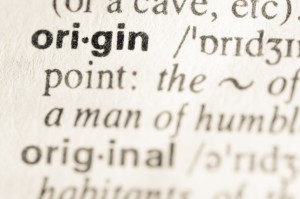 Languages adopt and adapt words from one another all the time, but English is especially voracious when it comes to borrowing; there are thousands of loanwords in the language. Many of them have fairly clear origins – piano from Italian, kindergarten from German, algebra from Arabic – but others have less obvious backgrounds.

Today we look at 20 English words with surprising origins:

1. avocado (Nahuatl) – Not to put you off your next avocado salad, but āhuacatl in Nahuatl, a language of the Aztecs still spoken in Mexico, also means ‘testicle’, presumably because of its shape.

2. bungalow (Hindi) – This derives from the word bangla, meaning ‘of or belonging to Bengal’. Bungalows were originally cottages built for European settlers in the region.

3. palaver (Portuguese) – Portuguese traders in the 18th century used their word palavra  –  ‘speech’ or ‘talk’ – when negotiating with locals in West Africa. From there it entered the local languages, to be later borrowed into English meaning ‘prolonged or unnecessary fuss or discussion’. Ultimately the word goes back via Latin to the Greek word parabole, meaning ‘comparison’, which also gives English ‘parable’.

4. adobe (Coptic) – This word comes to us, via Arabic, all the way from the ancient Egyptian tube, meaning ‘brick’. The word can be found in hieroglyphics.

5. they, their, them (Old Norse) – Languages don’t often borrow core grammatical words such as prepositions and pronouns, but around 1200 AD these three little words completely supplanted the Old English third person plural forms hie, heora and heom, largely because the latter were becoming easily confused with the pronouns ‘he’, ‘her’ and ‘him’.

6. avatar (Sanskrit) – The word we know from the 3D film and which we use for any icon or figure representing a person on the internet comes to us from the ancient Indian language via Hinduism. An avatar is the bodily manifestation of a deity on earth.

7. rickshaw (Japanese) – It’s usually fairly obvious when a word has come from Japanese, such as karate and karaoke (the kara- in both, incidentally, means ‘empty’ – kara-te means ‘empty hand’, kara-oke is short for kara-okesutura – ‘empty orchestra’). ‘Rickshaw’, however, is less transparent. It comes from jinrikisha, which translates directly as ‘person-power-carriage’.

8. brainwashing (Chinese) – Not a direct loanword per se, but rather a calque – that is, a word-for-word translation – of xi nao, a term used by the Chinese People’s Volunteer Army during the Korean War. 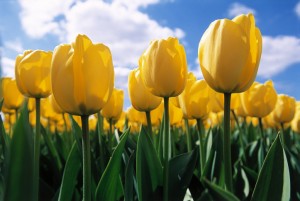 9. tulip (Persian) – The name of the flower comes to us via Turkish tülbent. The Persian word dulband, from which the Turkish word originates, also meant (and also gives English) ‘turban’, because of its resemblance to the petals of the flower.

10. canvas (Latin) – Latin, either directly or via its daughter, French, has furnished English with a huge part of its vocabulary. It might not be obvious, however, that this particular word goes back to the Vulgar Latin cannapaceus, meaning ‘made of hemp’ (canvas sacks were originally made of that material). Cannapaceus, in turn, derives from the Latin word for ‘hemp’, which is, unsurprisingly, cannabis.

11. checkmate (Arabic) – The name of the winning chess move comes from the Arabic ‘shah mat’ – ‘the king dies’. The ‘h’ in Arabic has a hard, guttural sound.

12. ombudsman (Swedish) This is a mid-20th century borrowing of the word for ‘commissioner’. Ombud is an ‘agent’ or ‘attorney’. The suffix –man speaks for itself.

13. dollar (Dutch) –This originally referred to a coin minted in the town of Joachimsthal in Bohemia, now in the Czech Republic, which was known as a Joachimsthaler. This was shortened to Thaler in German, which became daler in Dutch, which was then applied to coins used in the British North American colonies at the time of the War of Independence.

14. gong (Malay) – This means the same in English as it does in Malay – the name of a simple music instrument – and is an onomatopoeic word that imitates the noise made when a metal disc is struck.

15. juggernaut (Hindi) – Jagannath is one of the names of the Hindu god Krishna. Every year in the Indian city of Puri, a festival is held in which a huge cart carrying an idol of the god is paraded through the streets. Devotees in the past are said to have thrown themselves under the wheels to be crushed. The word, which ultimately derives from Sanskrit jagat ‘world’ and nathas ‘master’, entered English in the 15th century.

16. klutz (Yiddish) – If anyone ever calls you a klutz – an awkward or foolish person – at least you’ll know where the insult comes from. It means ‘wooden block’.

17. tsar (Russian) – This word, which is sometimes used in British English to mean a person appointed by the government to advise on and coordinate policy, means ‘emperor’ in Russian. It derives from Julius Caesar, as does the German word Kaiser. The Ancient Roman’s moniker also lives on in the month of July

18. coach (Hungarian) – The town of Kocs in Hungary was once famous throughout Europe for the excellent carts produced there, which were known as kocsi szekér – ‘cart of Kocs’. This was shortened and became Kotsche in German, which then became coche in French, finally ending up as ‘coach’ in English. The idea of tutoring or training someone came later and derives from the sense of ‘driving’ them through an examination. 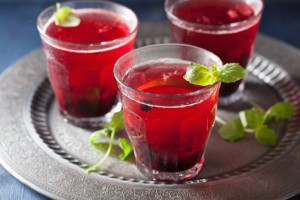 19. punch (Sanskrit) – Not the action of hitting with the fist, but the drink, this word is thought to go back, via Hindi, to the Sanskrit word for ‘five’, pañca. The original drink had five ingredients, namely, alcohol, sugar, lemon, water, and either tea or spices.

20. skunk (Abenaki) – This delightfully smelly word, which English borrowed from one of the Algonquian languages of Maine and Quebec, comes from segankw, which translates directly as ‘urinating fox’.