One of the most common errors Spanish speakers make in English is to mix up he and she. This can really confuse the listener, especially if someone is telling a story involving a man and a woman! The same is true with his and her. In English, which doesn’t have masculine/feminine grammatical gender, the pronoun agrees with the possessor. Here’s a little story for your students to work through to help them get the hang of it.

Phrasal verbs are notoriously difficult for learners of English, but the ability to understand and use them is key to any degree of fluency in the language. However, Spanish speakers tend to avoid them when there is a synonym or near synonym that derives from Latin: e.g. tolerate for put up with or investigate for look into. This can often make their speech sound stilted or over formal.

The various uses of the two Spanish verbs saber and conocer are quite distinct, but Spanish speakers tend to translate both of them simply as ‘know’. Sometimes, this is indeed the best translation:

However, often a different translation is required:

Conocí a Juan en una fiesta. > I met Juan at a party.

Me gustaría conocer el norte de Espana. > I’d like to get to know the north of Spain.

¿Sabes conducir? > Do you know how to drive?

Modal verbs, with their wide range of meaning and nuance, can be tricky for Spanish-speaking learners of English, especially certain uses of would and might. Learners often avoid them, preferring alternative expressions which, although correct, can often sound unnatural to native ears; for example, possibly will/won’t instead of might/might not:

Another example is would for past habit. Spanish speakers often avoid this altogether, relying solely on used to instead. It’s much more common and natural in English to start talking about the past with used to and then switch to would.

5. Overuse of ‘will’ for future expressions

There are many ways to talk about the future in English, and the choice of which structure to use usually depends not on how far ahead the event is taking place but on what the speaker is doing when they speak: i.e. making a prediction, talking about a plans or a decision, reading a timetable etc. However, Spanish speakers tend to use will indiscriminately. It’s very unnatural to use it to talk about things that have been decided and arranged. The present continuous (or going to) should be used instead, e.g.

John and Sally are getting married next August.

Given that Spanish en can be translated by in, at and on Spanish speakers often use the wrong preposition:

El libro está en la mesa. The book is on the table.

Fui a Italia en julio. I went to Italy in July.

It’s important to learn prepositions with the words they go with as part of a phrase (on the table/in July/at my/your/his/her place) in order to avoid this kind of mistake.

Although it’s unlikely in most cases that using the wrong preposition will confuse the listener, there are case when changing the preposition changes the meaning. For example:

The teacher shouted to the boy (to get his attention).

The teacher shouted at the boy (because he was angry with him). 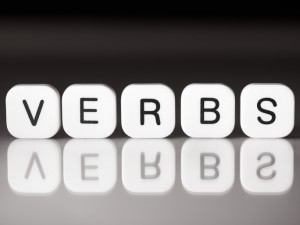 Here’s a typical classroom exchange with a low level Spanish learner of English.

It’s a common error to repeat the main verb, whereas native English avoids this by using the auxiliary verb ‘do’. Here’s an example of a natural exchange:

Spanish speakers often pronounce the English h sound as a Spanish j, especially the beginning of a word. The English sound is much softer than the Spanish. A good way to practice is with the following ‘tongue twister’:

Horrible Henry Hunt, who has a hundred happy horses, has a huge house in Hampshire.

Another of the most common errors Spanish speakers make in English pronunciation is a tendency to insert an ‘e’ sound before words beginning with ‘s’ plus a consonant, so that strange becomes e-strange and Spain becomes e-Spain. Here’s another silly ‘tongue twister’ to practice the correct pronunciation:

Steve Spears gets stressed studying in school but he stops stressing out when he starts doing sports.

In general, Spanish adjectives go after the noun they qualify (un coche rojo). The opposite is true in English, where adjectives always precede the noun (a red car). This can lead to mistakes, especially by low-level learners. Sometimes the position of the adjective in Spanish changes the meaning, and a different word is necessary in English: