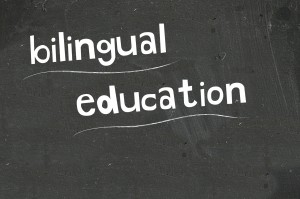 It might come as a surprise to speakers of global languages such as English and Spanish, but there are in fact more bilingual and multilingual people on the planet than monolingual ones. In some regions, such as Africa, where most people speak the national language as well as their own indigenous language, bilingualism is the norm. Whether you’ve grown up speaking two languages or are learning your second one later in life, there are numerous benefits to being bilingual that go far beyond being able to order a beer and ask for directions while travelling abroad. Let’s look at some of them here.

5 benefits of being bilingual

Numerous studies have shown a clear correlation between bilingualism and reduced incidence or later onset of dementia. Being bilingual appears to keep the brain healthy and better able to resist the effects of aging by helping it to maximise “cognitive reserve” – that is, the ability to utilise alternative neural networks to compensate for those that are damaged as we grow older. In one study of 200 monolingual and bilingual patients with Alzheimer’s disease, the latter group reported showing initial symptoms on average five years later than the former (77.7 years compared with 72.6 for monolinguals). Research also shows that older bilingual people enjoy improved memory compared to older monolingual people.

In today’s globalised world, companies that operate internationally or are looking to expand overseas need bilingual speakers more than ever. Speaking more than one language, especially when one of those is English, Spanish or, increasingly, Chinese, gives you access to a wider job market and can often result in higher pay. For entire countries as well, the benefits of having a bi- or multilingual population are considerable. One report, for example, has concluded that the GDP of Switzerland, one of Europe’s most multilingual nations, is up to 10% higher than it otherwise would be because of multilingualism.

Although it is not uncommon for parents to express concern that learning a second language might interfere with the development of their child’s first, children have no difficulty in acquiring more than one language, provided the input is consistent (that is, that the individual adults in their lives do not mix and match the languages they speak to them in). At the same time, in terms of mother-tongue literacy, studies have shown that schoolchildren who receive good quality instruction in a second language tend to outperform their peers who do not.

Of course, if you want to move beyond simply ordering that beer or asking directions while travelling and instead want to really engage with a foreign culture, you need to know the language well. Being able to converse with locals, read printed media and literature, understand TV and radio, deal with problems, socialise and simply take part in day to day life gives you a window into the culture that is otherwise impossible. At its best, it introduces you to alternative ways to express yourself and adds depth to your understanding of human experience.

If you learn a second language later in life, especially one that is very different to your own, you are often forced to reflect on your own language and become better able to analyse language structures in general. This enhanced understanding of how language works, coupled with the experience you have already gained of second-language learning, makes it all the easier to learn a third.

2 thoughts on “5 benefits of being bilingual”