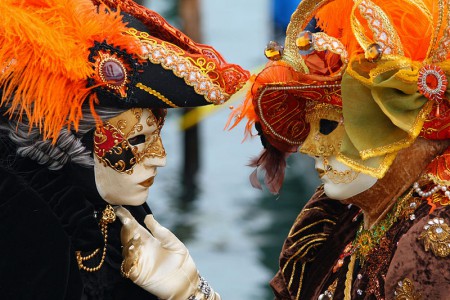 Do on your costumes, revellers and partygoers, if you haven’t donned already, and don’t do them off until it’s over – carnival season is upon us! Traditionally, these boisterous festivities were the time for Catholics to indulge before Lent, the time to eat up all the rich food in the house before the long pre-Easter weeks of fasting, piety and prayer. The roots of the revelry go back even further, however, to pre-Christian pagan festivals. These days, of course, it’s more the costumes, masks and music that come merrily to mind. Here’s a little quiz for you and your students about the various carnival celebrations in full swing around the world. Answers on a sequin or in drumbeat, please!

A carnival quiz for carnival season!

ONE Carnaval do Rio de Janeiro

Hands down, hands up, feet stomping, the Brazilian capital takes first prize for the brashest and most famous carnival of them all, that hugely energetic southern summer extravaganza with its dazzling costumes and irresistible samba. Not for nothing is it called ‘the biggest party in the world’. But how many people a day fill the city streets during the five-day long fiesta?

This carnival is famous for its elaborate masks and lavish masquerade balls. Think Eyes Wide Shut and Assassin’s Creed. But why did the Venetians take to covering their faces in the first place?

This well-known celebration was brought to Louisiana by the French around the turn of the 18th century. But which three colours do its music-loving revellers traditionally wear?

One of the biggest winter festivals in the world, this Canadian party not only has both daytime and night-time parades, but also free outdoor public banquets, outdoor sports events such as hockey and snowboarding, and ice-sculpture contests. But who is the festival ambassador?

And finally, friends and fellow fiesteros, which of these is not a genuine theory about the origin of the word ‘carnival’? 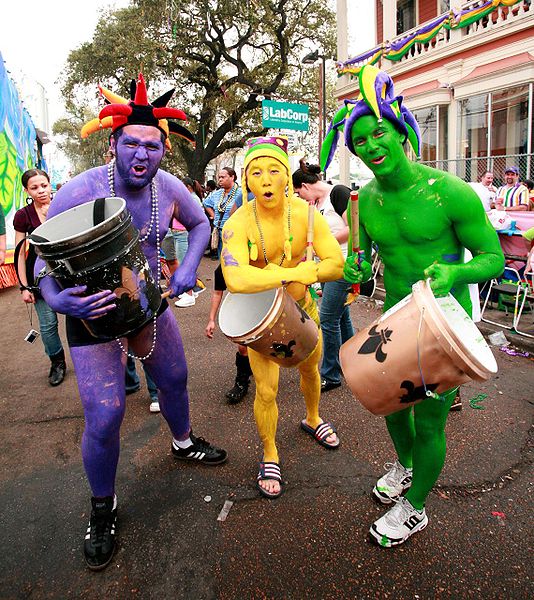 2 (a) to hide their social status. Venice had one of the most restrictive class systems in Medieval Europe. By donning a mask during the festivities even the poorest citizens could hope to climb the stairs of the Palazzo Ducale and salute the Doge.

3 (b) purple, green and gold (to represent justice, faith and power respectively)

4 (a) Bonhomme – short for bonhomme de neige ‘snowman’ (which is snow much nicer than the English). In fact, this particular one is known as Bonhomme Carnaval. ‘Caribou’ is the name of the hot alcoholic beverage revellers drink to keep warm, while ‘the Plains of Abraham’ – not Abraham Plain – is the name of the Quebec city park where many of the events take place, named after a fisherman and river pilot who once owned the land there.

5 (b) ‘Goodbye to the meat’ is a folk etymology, a kind of linguistic urban legend. Most scholars believe the word derives from carnem levare, as people had to use up all their meat before Lent. Some, however, believe it comes from the Roman religious festival of ‘the Ship of Isis‘, which consisted of a masked parade in which an effigy of the goddess was carried down to the sea-shore atop a wooden boat – the carrus navalis – much like today’s carnival floats.