For Americans baseball is much more than just a sport.  There is a whole culture tied to baseball that tells us where we come from, what our values are and how we view the world.  It even influences how we speak the English language!

So I was very pleased to kick off our cultural talks for 2014 with a new presentation titled Play Ball! Understanding America through its national pastime in the beautiful Autonomous Community of Extremadura.  I visited the Oficial Language Schools in Zafra and Plasencia and had the opportunity to share my views on a sport which is still somewhat of a mystery here in Spain with almost 300 students at 3 separate talks.

I just have to say how welcome I was made to feel in both schools, and I would like to give an extra special thanks to Antonio, Raúl and Veronica (pictured below) who lent me a hand looking up some useful expressions that have their origins in the American pastime. 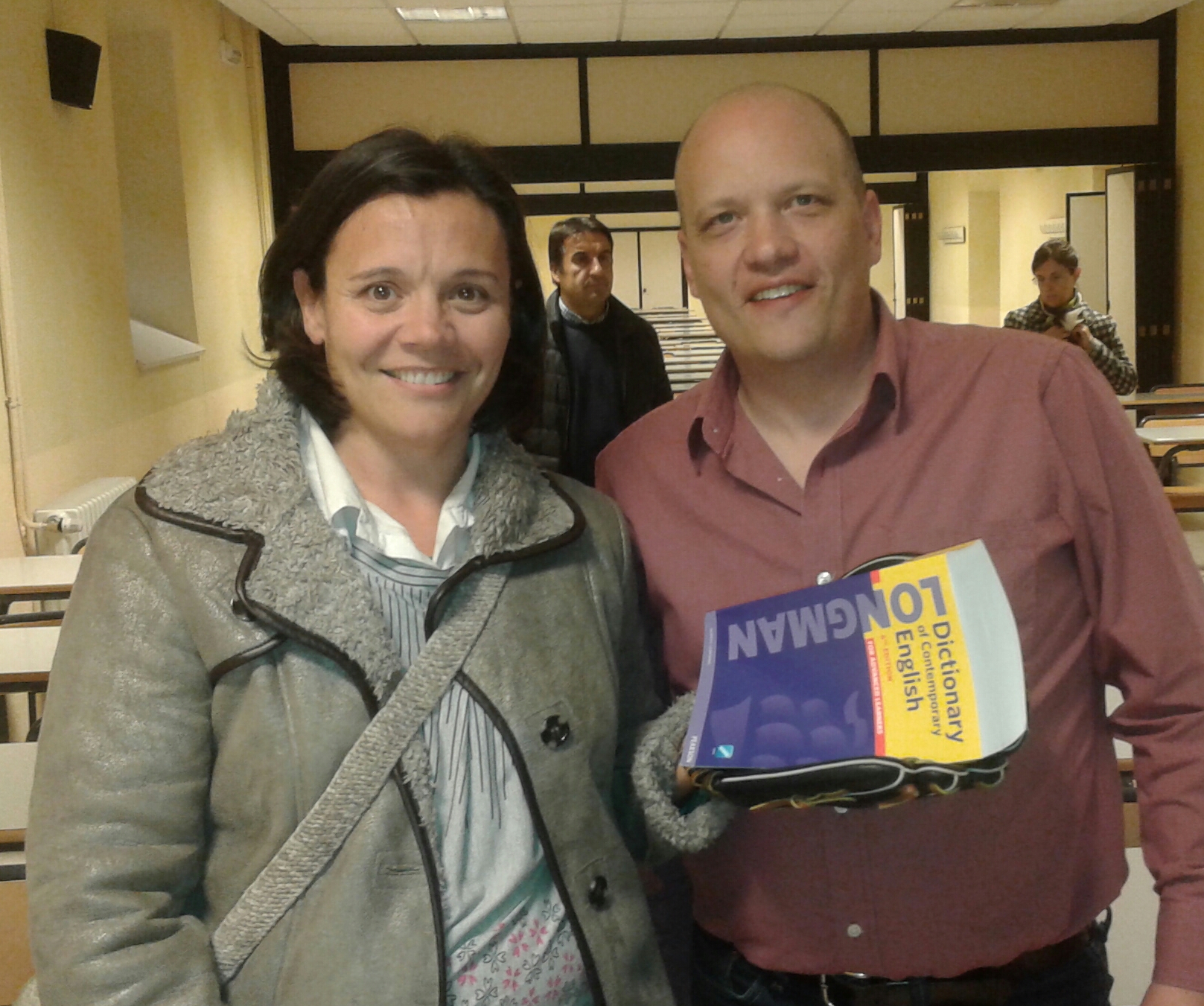 Among some of the expressions they were able to “catch” from the talk were “to touch base”, “to take a rain check” and “to be in the same ballpark.”  Do you know what they mean?

UPDATE:  Today (7/11/14) I gave another talk near my “home base” in Madrid when I visited the EOI in Torrejón de Ardoz.  The woman below reminded me of something that I knew but forgot to mention in my talk.  Her name was Ana and she told me of her memories as a girl watching the American servicemen at the military base there play the men from the Cuban embassy.  Torrejón has its own special history of baseball as well!

Ana, who is one of the most intrepid beginner learners of English I have ever met, also thought I neglected to mention the film A League of Their Own and the All-American Girls Professional Baseball League.  A point well taken Ana.  I promise to do that in my next talk! 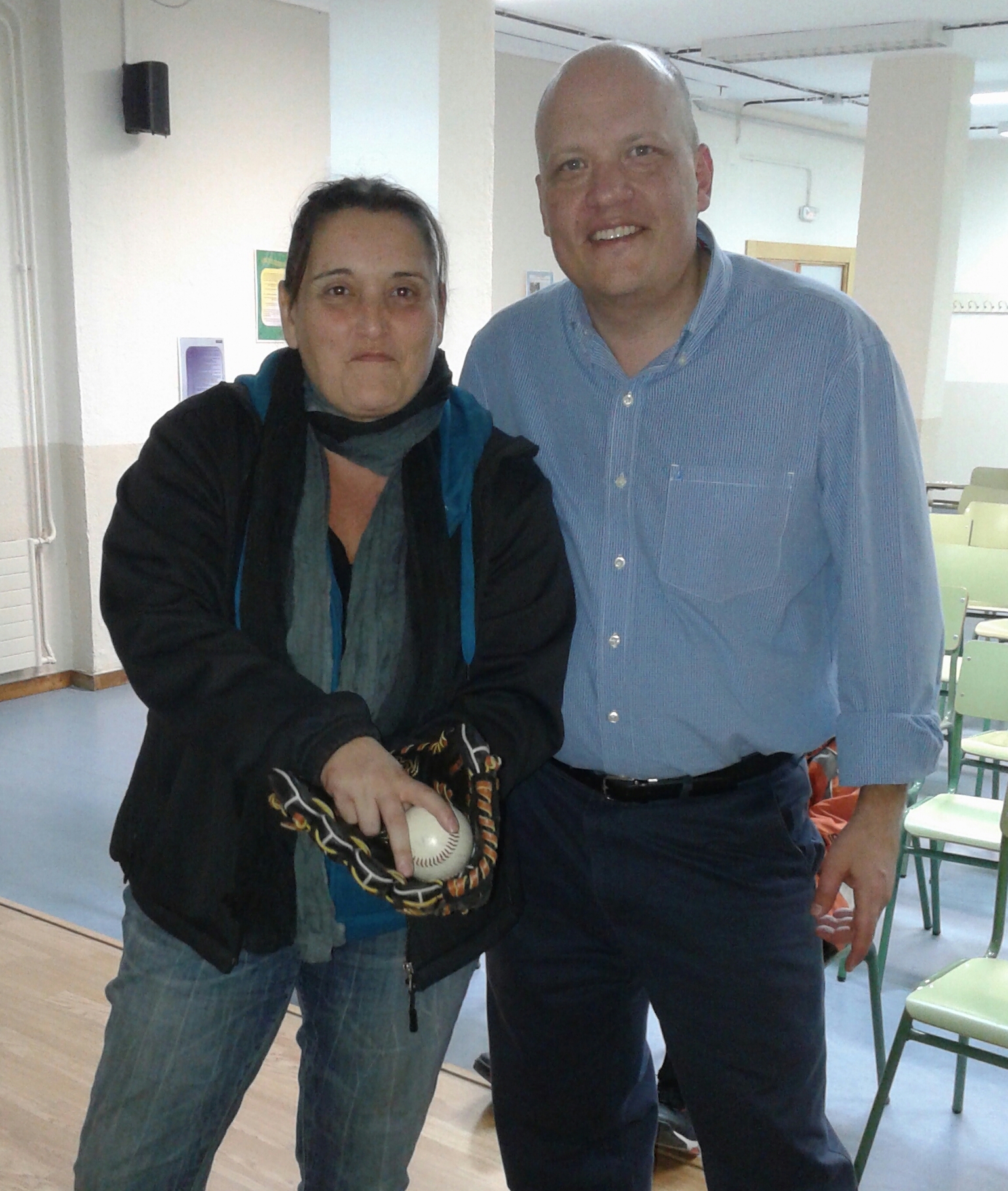